Simple yet full of flavour. A Whiskey Highball that lets our Ginger Ale doing the talking.
Skip To Recipe
3 Minutes
Medium
1 Why We Love a Whiskey Highball

The classic Whiskey Highball is a simple to make drink that is delicious to taste. It's very popular in bars and is great to make at home as you can make it with limited ingredients and tools. Typically consisting of whiskey and ginger ale, but there are some great alternative methods.

A highball is simply a mixer dominating a drink, for example, in the whiskey highball recipe, we'll be using more mixer, in our case Double Dutch Ginger Ale, than whiskey. The definition is relatively flexible, as a highball could therefore define many other drinks, like a G&T for example.

Do I need a Highball Glass?

History of The Whiskey Highball

The Whiskey Highball originates from the late 1800's and early 1900's. Most likely as a development from the earlier Scotch and Soda or Whisky and Soda, which dates back to the early 1800's.

What Goes into Our Whiskey Highball?

The great thing about a highball in general is the fact there aren't a lot of ingredients or tools required.

You can use almost any whiskey to make the cocktail, but some have better results than others. We typically use bourbon, rye, Scotch, or Japanese whiskey.

How to Peel Twist?

This level of attention to detail really makes a drink standout.

We use the Double Dutch Ginger Ale as our mixer because it's spiced with cardamom for extra warmth and it levels up any whisky highball. However, you can use many other mixers within highballs.

You can use Soda Water, like Double Dutch Soda Water if you really love Whiskey. It's a great way to taste whiskey with less sweetness.

Adding ginger beer creates an almost whiskey sour style of mixed drink. It adds a sweet note and balances out the whiskey.

The Whiskey Highball doesn't require a lot of tools to make.

A highball glass is, as its name suggests, high. It’s a tall thin glass that contains around 240–350ml. It’s taller than the shorter lowball glass, which is often called an old fashioned glass.

Another must-have, a jigger is used to measure precise amounts of alcohol for cocktails, wines and pretty much all strong alcohol. A jigger is used while making almost every cocktail to ensure the correct amounts of liquid are being poured.

The long-Handled spoon is, as it sounds, a spoon with a long handle. It's great for mixing in tall glasses. If you don't have a long-handled spoon you can always use alternatives you have in the kitchen. 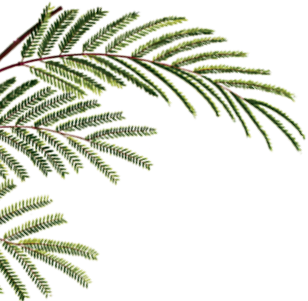 Why not try some of our other irresistible flavour pairings? We reckon you’ll love…